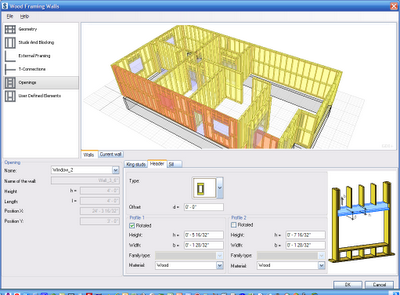 Please see the CADclip Video Tutorial at the bottom of this post.

Also, a big REVIT Rocks 'Thank You' to these four sites for their generous exposure:

The REVIT KID (fairly new on the block but in a word ...'SMART')

CADDIGEST (oodles and oodles of links to free tutorials)
We'll start with the images : ) 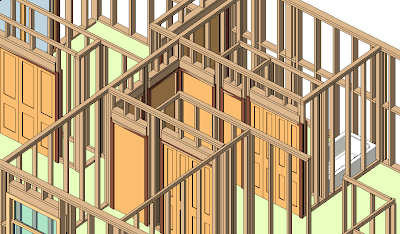 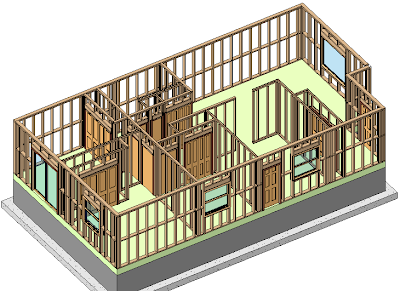 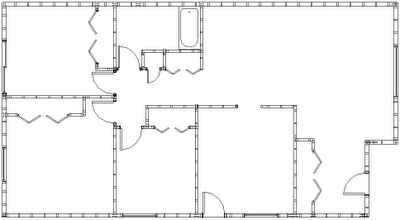 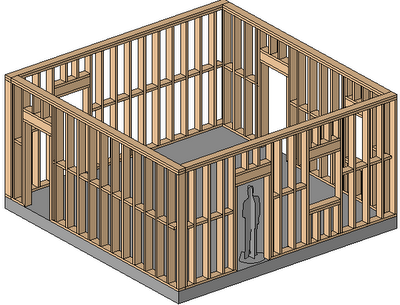 In this tutorial we are going to introduce you to the new and exciting REVIT Wood Framing Walls Extension available for free to all REVIT subscription members.

Thanks to > REVIT Learning Curve for bringing this app to my attention.
It's taken me a solid 15-20 hours of tinkering before I could get it to create what I wanted in a single attempt, however there were MANY failed attempts.
There are a few things that need to get 'fixed' with this REVIT extension before it's 100% ready for the market but it has amazing potential.
I went from being excited to being dissappointed no less than 5 times.

Review Summary:
This extension is not 100% ready for market use YET . . . but it has huge potential. It works . . . but it is cumbersome to use and has a few fundamental glitches that need to get fixed after you get it up and running. Make sure you have the wood material loaded and make all walls load bearing before you start (otherwise it will prompt you to make them load bearing).

Number 1 problem is the ability for this app. to differentiate between 'wall thickness' and 'core thickness'. It places the studs 'centered' in the wall thickness where we really want the studs centered in the 'core thickness'. This is pretty much a show stopped right there. However I have a feeling it's not a difficult fix. Once that gets done we're off to the races. This observation is readily visible in the app. dialog box.

Number 2 problem (as I discovered) is when you try to duplicate the O.T.B. structural framing member families to hard code dimensions to the framing cross section ie: 2 x 4 = 1 7/8" x 3 7/8" (38 x 89) etc. The app. seems to prefer using 'User defined framing parameterization' framing profiles rather than the 'revit project active families'. The actual naming of these two options is confusing to say the least because the user defined profiles are actually the ''revit project active families'' and not the one that says 'user defined'. Either way it causes down stream problems unless you just let the app. make the profiles automatically based on the wall thickness. (Tricky one to explain in words.)
Number 3 problem is the tedious process of applying the framing specifications to each and every wall and opening. There is no way to specify the framing (headers, sills, kings) to 'all selected door openings' or 'all selected window openings'. You have to go through each and every wall in the project. I soon discovered that with a simple 1200 sq ft bungalo it took me FOR EVER and you can see from the posted images I still missed some walls because the top plates are rotated the wrong way (or shall I say . . . the DEFAULT way). Who uses a top plate rotated vertically . . . . come on people . . . get with the building code).

Number 4 problem is the fact that you need to 'rotate' the opening headers and sills even though the image shows it oriented the right way. Seeing as the header has Profile 1 and profile 2 this can be very confusing as you try to bumble you're way through this learning process. The default profiles should at the very least get placed as seen in the dialog box.

Number 5 problem is Tee connections. These show up ramdomly where there is no Tee and don't get placed where there are Tee's.

Number 6 problem is wall corner connections. They just don't cleanup properly at the top and bottom plate consistantly. I tried playing with my wall corner joins with no better results.
Number 7 problem is 'units' . OMG The app. uses the Project Units and converts everything to the Units 'round off' of say /32 or /8 etc. AND you cannot enter units in decimal form as in 1.5". It simply will not allow you to vear from the project units. If you specify 1 7/8" it will convert that to say . . . 1 28/32". Weird but true.
What you end up doing is defining each wall framing configuration and then deleting all the framing it creates and then doing it again. . . .and again . . . and again . . . and yes again . . . until it FINALLY gives you what you want. In he mean time you may find it creates duplicate framing members occupying the same space or creating no framing at all, but thinks it is actually there. The thing is the framing configuration seems to be saved somewhere externally (and not as a property of the wall) and you can delete the framing entirely, save and close the file, open the file back up and the wall will remember how you wanted it framed.
It will allow you to tweak the framing by using the grips to stretch a single framing member but it causes problems too.
In the end this app. has SUPER potential but it's really only 75% complete at best. . . . in true Autodesk fashion (even though this is not their app. (which is another topic altogether) ) they'll let us test it out and then report back with the bugs (DOH!) .
(17.5 hrs @ $97.25/hr = $1701.87 . . . thank you Autodesk . . . you can contact me for my paypal address. : ) )
Gotta run . . . the kids are up . . . : ) . . . . have a look at the CADclip below for a more graphical explanation. Comments are always welcomed.

Would you mind sharing your model with me? I'm looking for some test models right now.
Revit wood framing models wanted

I feel really responsible for the solid 15-20 hours of tinkering Daryl, and hope your not in the dog house with your wife?

Daryl,
how did you do the remedy the stud
alignment problem (#1 in your comments)?
besides that and being tedious, everything else is working for me.

thanks, you make great tutorials!

Daryl,
How do you get the stud wall to align properly in the center of the core?

I just downloaded the Revit Extensions bundle to try this out yesterday and found your terrific video. (I really love having a little road map that warns me of problems I'd probably burn weeks trying to solve myself... Thanks)

I tried tricking the utility's stud placement glitch by creating only symmetrical wall assemblies to get the studs aligned with the wall cores... I created an exterior residential wall with 1/2" GWB, a 2x6 stud system, and a 1/2" layer of plywood sheathing on the outside. The studs landed in the right place, but they shift back to somewhere outside the core lines when you redefine the wall assembly to add vapor barrier and exterior finish... Damn!

Is it possible to "explode the block" of studs to have them stay put when you redefine a wall assembly? 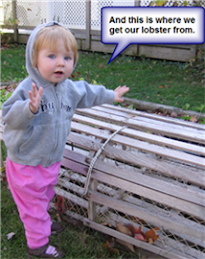